Inpatient rehab facilities can be expensive, and they can also interrupt a teen’s life tremendously. If the teen is only moderately addicted or their families are seeking ongoing treatment for them after they have already attended an inpatient facility, outpatient rehab for teens may be the answer they need.

What Is Outpatient Rehab for Teens? 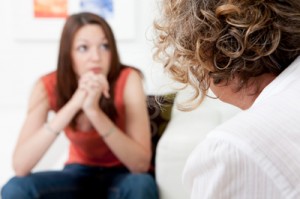 Outpatient rehab provides a flexible program for your teen’s recovery.

In order for outpatient rehab for teens to work, it will be necessary that teens not suffer from severe withdrawal symptoms. Those who need supervised detoxification would have extreme difficulties remaining free of drugs and alcohol because the toxins left behind in the teens’ bodies cause them to continue to crave the drug. Outpatient rehab for teens works best for those who can resist their cravings and can keep from seeking their drugs of choice.

Because the teens in outpatient centers are not experiencing severe withdrawal symptoms, they can be trusted to attend their counseling sessions during the day and go home at night. They may need to be re-socialized so that they can have healthy relationships with their families and friends who are not living in the drug or alcohol culture, and this is part of outpatient rehab.

While attending their outpatient services, teens will receive counseling and monitoring to ensure that their programs are taking them in the right direction. As all rehab facilities require, teens attending outpatient facilities need to have individual counseling as well as group counseling sessions and submit to regular drug testing. Sometimes, teens need to learn how to live in society as teenagers who are not taking drugs do. These are called life skills, and they learn these in outpatient rehab for teens.

The beginning of an outpatient program or any program is detoxification, but the outpatient program allows for patients to detox at home. Those requiring an inpatient program are those who need to be administered medication that will make the withdrawal symptoms bearable. During this time, the teens require a very controlled setting, and this is the reason that they need to live at the rehab facility. In contrast, those qualifying for outpatient rehab for teens can be allowed to live their normal lives.

Benefits of Outpatient Rehab for Teens

After teens have gone through the detoxification process, they will stop damaging their bodies. Their skin, their organs and their mental conditions were suffering all the time they were ingesting drugs and drinking alcohol. After the rehab center removes the toxins from their bodies, the teens can begin to eat properly again and regain their strength.

Drugs and alcohol can do damage to a developing brain, and this is one of the most important reasons for teens to enter rehab. During the time in which these teens ingest drugs and alcohol, they are arresting their development and making it difficult to mature into adulthood. Once the rehab center helps them stop destroying their brains, the benefit is that they can begin to thrive again as they once did before the drugs and alcohol led them in a different direction.